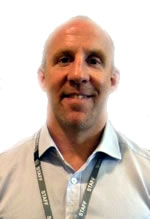 Tony Down (Chair of Governing Body)

I work in supply chain for Babcock International Group leading change management and capability development programmes. I became a co-opted governor in December 2014 and was elected chair of governors in September 2015. Whilst I’m a co-opted governor, my interest in Bowsland Green comes from having a child at the school. I wanted to play a more active role in our daughter’s school life and in particular in shaping the experience she has whilst she’s at Bowsland Green. So I now feel very lucky to have the opportunity to support the school through my role as a governor.

All of us involved, whether staff, children or governors, know we are on a challenging but exciting journey towards making Bowsland Green an outstanding school. 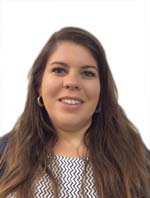 My name is Lottie Harris and I am a staff governor at Bowsland Green. I joined the teaching team in September 2015, as a year 3 class teacher, KS2 leader and a member of the Senior Leadership team, leading the Wider Curriculum across the school. I now teach year 5 and 6 and lead assessment, as well as the Core Curriculum team.

The team at Bowsland Green are motivated, dedicated and committed, one I feel privileged to be a part of. Over the past year, I have enjoyed developing relationships with all our members, from pupils and parents to staff and governors, experiencing the hard work and drive that is pushing the school forward on its exciting journey to excellence; Brilliance, through Bowsland Best.

My motivation for my role on the governing body is being able to further impact the schools development and gaining experience of the strategic leadership of this valuable stakeholder group. I believe passionately that every child deserves the best opportunities and experiences we can provide to help them develop a life long love for learning and prepare them for our global world. 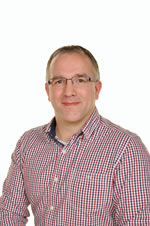 I am Chair of the Resources Committee which oversees the overall finances and staffing for the school. I am also a Link Governor for ICT, Health and Safety and SENCO.  I work closely with the School to ensure that we are not only meeting but where possible exceeding our responsibilities.

I became a governor as at the time I had 3 step children in the school whilst the oldest one has moved on to BSCS, i still have 2 children left in different stages in the school. I am therefore very keen to ensure that the education they receive is the best possible during these early years.

My work at Dell also means I am able to bring a wealth of business knowledge as I deal with education across the UK.

I am really enjoying my time as a governor we are on a journey striving to be the best but also offer the best education to the children not just today but for the future and it’s a privilege to be able to be a part of this. 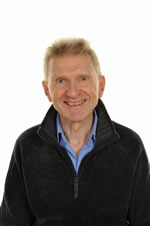 I am Chair of the Children’s and Curriculum Committee which oversees the quality of education provided by the school, all aspects of pupil welfare, and is also responsible for seeking the views of pupils and parents. As Link Governor for Safeguarding, I work closely with the Deputy Head to ensure that the safety and wellbeing of pupils is given the highest priority.

I feel that my career has given me a useful background to draw on in my role as governor. I retired a few years ago from local government where my career began in Bedford’s Education Department, working in the teacher recruitment team. After that, I moved to the London Borough of Hounslow where I serviced the Education Committee and school governing bodies. I then transferred to the Chief Executive’s Department where I qualified as a solicitor.

My next appointment was Solicitor to the Council at Stroud, a post which I held for eight years before becoming Chief Executive of the former Police Authority, the body which was then responsible for holding the Chief Constable to account for the performance of the police service in Avon and Somerset.

My wife and I live in Stoke Gifford with our ten-year-old son who has three grown up half-sisters from my previous marriage. 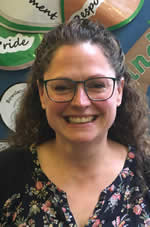 My name is Dawn Russell and I became a parent governor for Bowsland Green in 2018 when my eldest son started his reception year.

I am a Chartered Town Planner working for South Gloucestershire Council.  I have worked in town and country planning since 1999 and hope to use my skills and experience to support the school wherever possible.

I am interested in the Community around Bowsland Green School and how it can work together to support and enhance school life for its pupils.

I currently sit on the Resources Sub-Committee.  My link role focus is for funding to support SEN and the pupil voice.  I also maintain a link with the Friends of Bowsland Green. 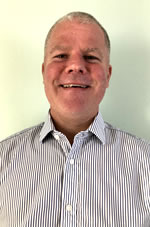 My name is Mark Goodwin and I became a parent governor for Bowsland Green in 2019 when my twins started in year 1.

I am an Independent Financial Adviser working for Grosvenor Consultancy Ltd. I have worked in Financial Services for over 20 years and hope to use my skills and experience to support the school wherever possible.